You have permission to edit this article.
Edit
Home
Listen Live!
YES! On Air
The Lowdown
YES! Videos
Weather
BUY ADS
Share This
1 of 2 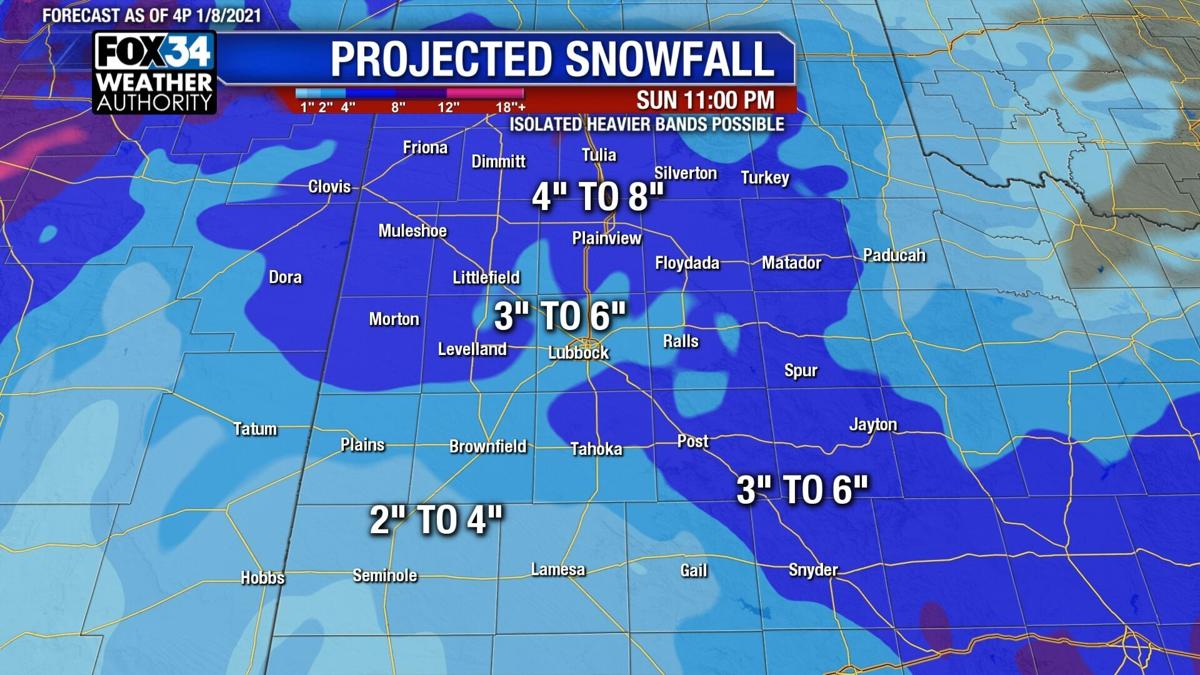 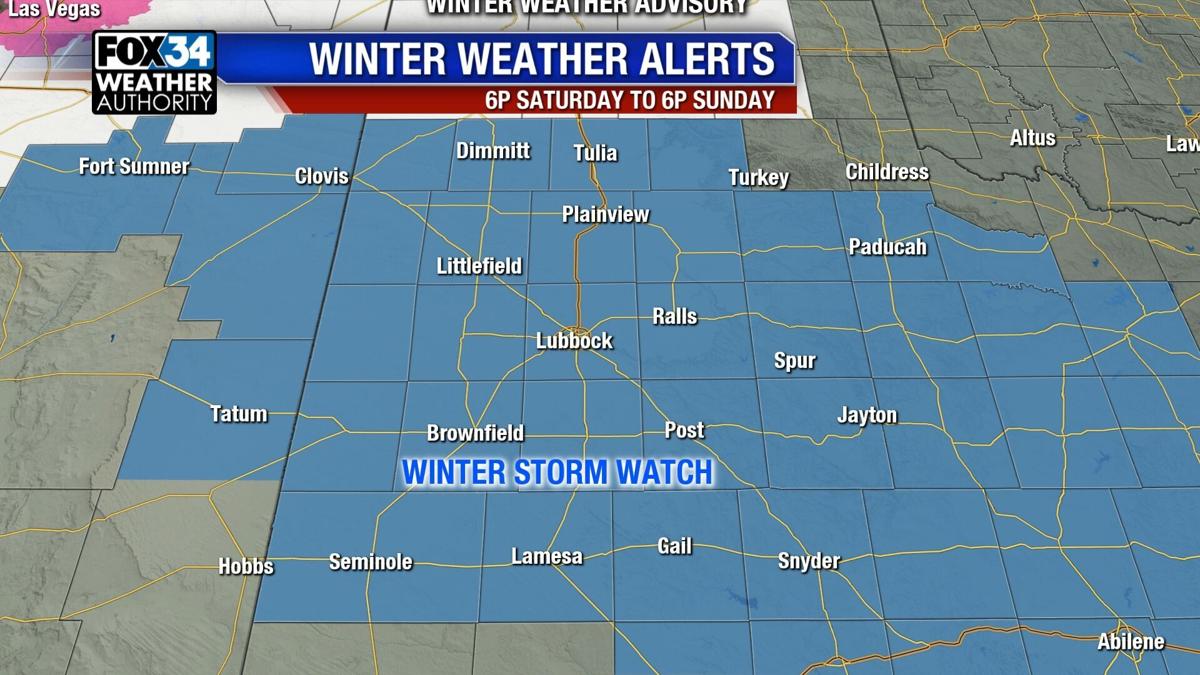 A winter storm is headed this way, with snow around Lubbock and the South Plains Sunday. As always, there will be surprises when we deal with winter weather in West Texas. But there's been pretty good consistency in the forecast guidance, and looks like it'll be cold enough, to where we have a pretty good grasp on the overall evolution of this storm system.

THIS AFTERNOON: After the morning clouds, sunshine returned. It stayed cool, with 40s and even some 30s across the area. The big winter storm is just now over the western United States.

TONIGHT: Low clouds and freezing fog are likely again, low in the low to mid 20s.

TOMORROW: Cold and cloudy, high near 39. Some flurries or sprinkles are possible, though significant precipitation won't be until later.

WINTER STORM: We may see a little bit of rain Saturday night. But the storm system is trending a little slower, so precipitation may not begin until after 10 p.m. or Midnight. Since that will start later, the window for rain is pretty small. Fairly quickly it'll be cold enough for all snow.

Snow may become heavy at times Sunday morning, with snow winding down during the afternoon. It'll stay freezing Sunday.

Most computer guidance shows at least a few inches of snow are likely for much of area. The heavier snow is expected to run from northwest to southeast across our area.

Right now we're projecting 3" to 6" around Lubbock, more just north of the city, less to the southwest.

There will likely be some isolated heavier bands. Yes, the snow doesn't always follow the fine lines computer models show. But some of the usual things we stress over, like will it be cold enough, will there be ample lift, aren't too much of a concern. Computer models and their respective ensembles all show strong agreement on snow.

The National Weather Service has issued a winter storm watch for our area, for the potential for significant snow causing travel issues.

There will likely also be slick roads and snow on the ground Monday morning. Next week will start chilly.

Have a great rest of your evening and a great weekend. Stay warm.