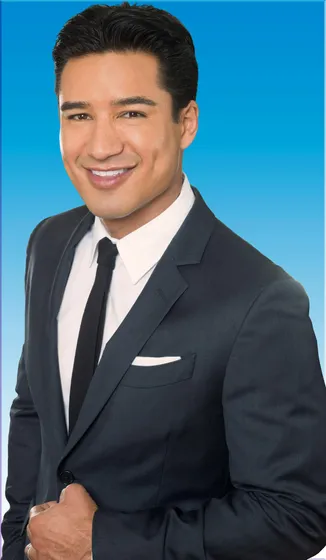 The host of TV's Extra is now ON the radio. ON top of the latest news and gossip straight from Hollywood, Mario is ON the air with the hottest celebs and artists every weekday. On with Mario Lopez is a pop culture and pop music show with a side of Mario’s traditional values of family, health, and wellness.

Mario is a household name, recognized from his role as an actor, producer, television personality, a regular red carpet correspondent, fitness expert, and best-selling author. Mario is the Emmy Award-winning Host of EXTRA and is also an avid sports fan where he is a recurring commentator on HBO Boxing. Mario authored and co-authored several best-selling books including his autobiography Just Between Us, fitness and health books such as Extra Lean, Extra Lean Family, and Mario Lopez’s Knockout Fitness. He has also released the bestselling children’s’ books Mud Tacos and follow-up Mario & Baby Gia. He has made appearances on televisions shows such as Dancing with the Stars, Nip/Tuck, and Holiday in Handcuffs. Mario also starred in he long-running hit musical on Broadway with A Chorus Line. Outside of the entertainment industry, Mario was named the Alumni Ambassador of Fitness by the Boys & Girls Club of America, while joining the ranks of some 25 other prominent alumni, including Denzel Washington and President Clinton, in the organization's BE GREAT campaign.